Respect comes by respecting self

I know the term Peloton, but this still doesn't give you the right to cycle pass a red light.  It gives cyclists a bad name in Singapore and it is really something we don't need. Thanks! 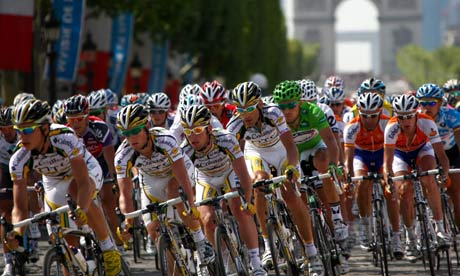 From Andy Chew
"I just came back from a ride about an hour ago with a very disappointed feeling.
Why? You know lately we have been talking about how we have requested for the traffic police to keep a look-out for errant drivers speeding along the Changi Coastal Road to ensure the safety of us, cyclists, but tonight, at around 9pm, I saw how reckless some cyclists can be, treating the roads as if they own them.
My friends and I took a breather at the traffic light junction where the Hindu Temple is in Changi Village after cycling along CCR. The lights turned red and all the motorists stopped except for these 30 to 40 cyclists who zoomed past the lights as if they have the right to do so.
A friend of mine and I shouted at them to obey the traffic rules but our words were not heeded and off they went towards Selarang Camp area.
A taxi which had the right of way at that time had to slow down because these inconsiderate cyclists did not even stop for him to make the right turn.
What happens if the driver hit one of the cyclists? Are we going to blame the taxi driver for being reckless?
I am quite sure some of the members on this forum belong to that group of cyclists I am talking about. Please, if you want others to respect us, cyclists, please learn to respect yourselves and others around you too.
It is appalling that here we are asking the motorists to be more careful of the presence of cyclists and there we have some errant cyclists going against the very thing we are trying to put a stop to.
Something for us to really reflect on and be the first to set a good example. To make a difference, let it start with us. Sigh."
Posted by Taiwoon at 8:30 PM