Momo has out grown her strawberry bike and we decided to pass it on. to another kid who might need it.  So we posted the give away bike and her small red helmet at Lovecyclingsg Facebook and Mr Koh helped to collect for her friend's 4 year old daughter. 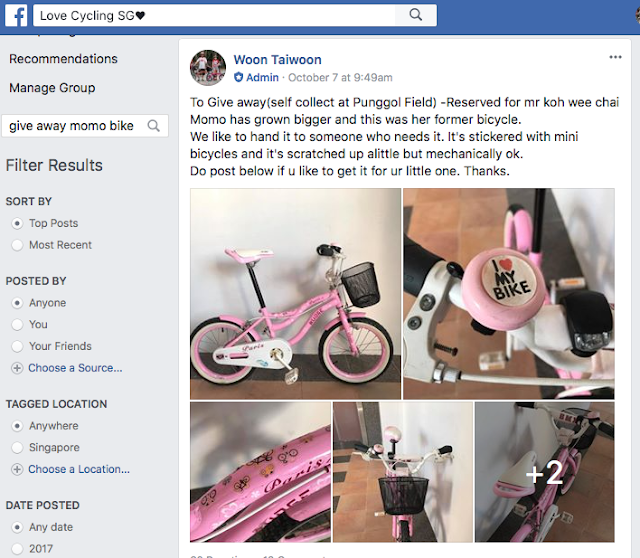 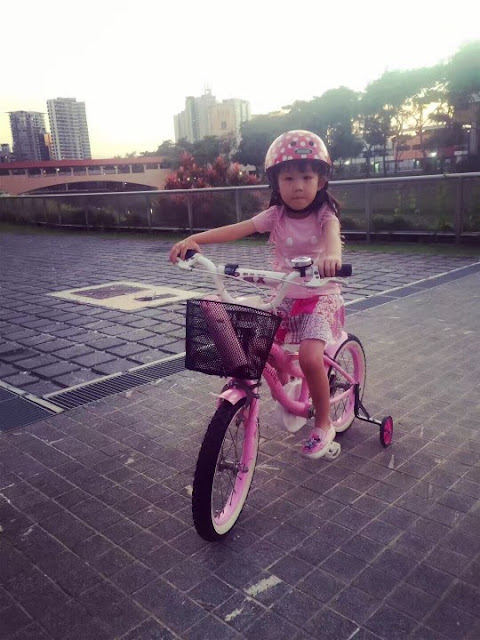 I think it fits her perfectly! Happy cycling Shirley!
Posted by Taiwoon at 11:04 AM No comments: 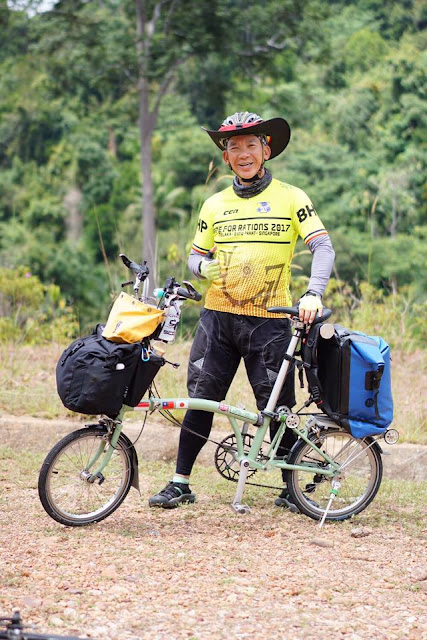 My name is Bernard Tan and I work as a business consultant for Amadeus Hospitality.
I like to share my cycling story.
My first memory of cycling is when I was a primary school kid. I vaguely remembered that I have learnt how to ride a bicycle during my primary school days, however, I have never own a bike. From then till late teen, I only ride a bicycle very occasionally and have never been on a bike when I start working in the early mid 80’s.

I started cycling again back in 2012. The people who triggered the interest are Derrick Yeow and Gracie Koh. Derrick was my ex-colleague from my work at a hotel and Gracie is his wife. I have knew both of them for a long time but wasn’t in contact. Both of them bought a Dahon foldable bike each and start “jioing” me to buy a bike and join their rides. I wasn’t really interested in cycling but after a while, I gave in to their persistent persuasion. When I was ready to buy a bicycle, I told him that my budget was maximum of $500 only. I remembered vividly we went to Lifecycle @ Gemmil lane. I saw some Dahon and Tern…. And I left with a Tern that cost $1200.
Totally busted my budget and tightened my belt for quite a while. I remembered in the initial days after I bought my bike, I used to take the MRT to Punggol to ride with Derrick & Gracie around Punggol Waterway. But not too long, just a few months later, I was riding my Tern round island, and almost every weekend, I am doing a round island. I even packed it  for some of my overseas work trips.  The poor Tern was really used a lot and after 2 years, I decided to sell it off.
I was looking for a new folding bike and the one brand name that I heard the most is Brompton and many of my friends had it. More importantly, it seems like it was really easy to fold and easy to pack for traveling.   The thing I was really concerned was the price, 2k+ for a folding bike. But after some consideration and ‘poison’ by fellow cyclists, I decided to go for it. And yes, I got myself a Brompton in June 2014 and it has since become my ‘workhorse’!
I am not your usual Brompton rider. I don't “zng” my bike for looks. I just change out the parts which makes the ride more comfortable. Like the Ergon grips, MKS pedals, saddle etc. The rest of my bike is totally stocked. The bike is like a tank and it just keeps going, even after much ‘abused’ 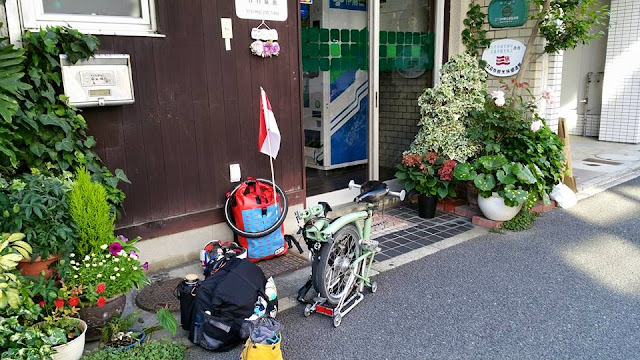 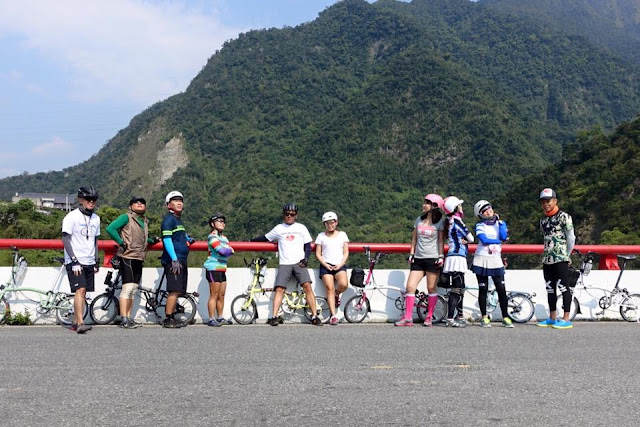 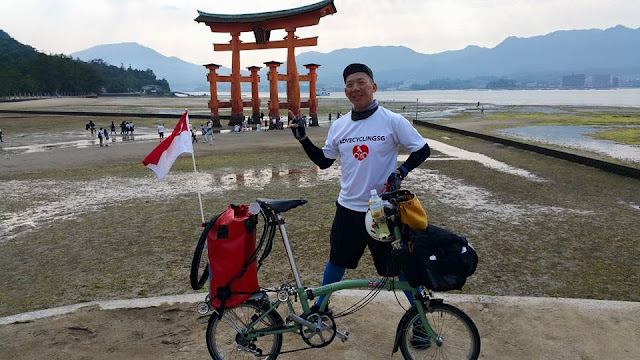 I have ridden to many places like a loop around Taiwan, parts of Japan and Europe with a super duper skater Adrian Oh.  I like riding long distances alone or with a buddy as it helps me do personal reflection and it’s quite meditative.  Sometimes, I will also join LCSG ride as it is good to catch up with kakis and chat up.  But mostly I am still a loner who likes a lot of “me time”.
Most recently, I have done the Ride for Rations 1K ride. This is a fund raising event and the main cycling event is Malacca to Singapore in 2 days, a total of 240km. However, I have joined a group of 6 fellow cyclists to cycle a total of 1000km in 9 days, including the main event from Malacca to Singapore. It was a good experience for me as I have never cycle with a group in a constant rolling speed of 20-25kph. Besides the fun-filled 9 days of cycling, we also raised money for Sunlove Home, which Ride for Rations supported.
Bike to work
I don’t really cycle to work in my previous offices as there is no shower facility in the buildings. However, our office moved last December to a brand new building in Tanjong Pagar with shower room in each floor. This is how it looks... and yes I really feel very lucky!
I have started to bike to work more frequently this year and about 3 – 4 times each week.
I live in Woodlands and the total commute each way to my office is approximately 30km. I ride on the road for the entire commute from Woodlands – Yishun – Sembawang – Upper Thomson – Thomson – Balestier – Rangoon – North Bridge Road – South Bridge Road – Tanjong Pagar. I agreed that the some motorists can be quite intimidating on Singapore road. But I think it is the same in every country, cyclists on the road just need to exercises extra caution and be focus to be safe. I started riding when the sky is still dark, thus it is important to have both front and rear lights on while riding. I also wear high-viz T shirt while riding to work.
I really enjoy cycling now as it is my only form of exercise and I get to cycle to every corner of Singapore and also in foreign land. As for cycling to work, I don’t have to get squeezed in the train, not have to worry about train breaking down, and best of all, I save a few bucks every day! Hope this can inspire u to cycle and perhaps cycle commute!