This time we went by the Singapore river route. It is to be an early morning ride with Francis, Sharon, Tahching, Rodney, myself and guest appearance... Ivy from hong kong..

Challenge 1 for me was how do i make my way from Punggol to Kallang mac Donald's?  Took the MRT from Pungol to Serangoon, change to the circle line and stop at Mountbatten MRT. Travelling time, less than half an hour... amazing! With the folding bike, it makes travelling around so much more zippy... helps if u have a good foldie that can fold quick and neat.. here is my brompton sitting posing for the camera inside Mountbatten MRT station. 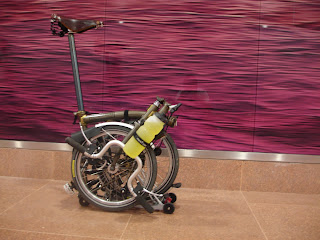 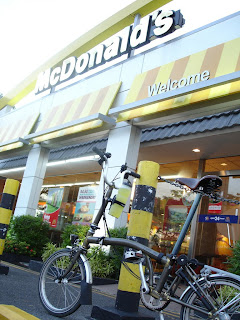 It wasn't long when the group came. Francis in his in-imitable style rode in... with another bike piggy back! A quick and clear 30 second instruction got Ivy test riding the Jz88...  then we are off. 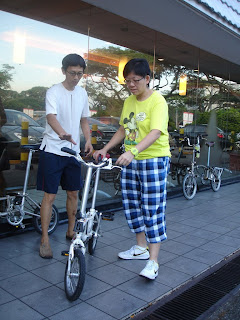 Press here if u want to stop..  pedal and keep pedalling. 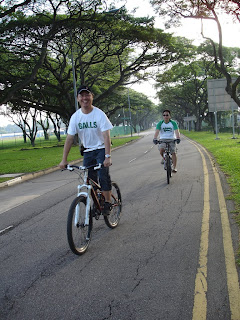 Riding along the stadium road, the motley group of MTB, foldies headed towards the river... nice and quite with little and no traffic.

Some shots of the Kallang river 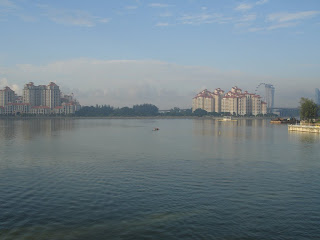 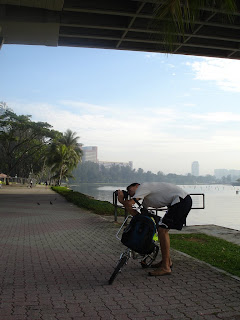 Following the river, we soon found ourselves at the F1 pit lane... I have never been here and we had fun riding and pretending to do donuts.. 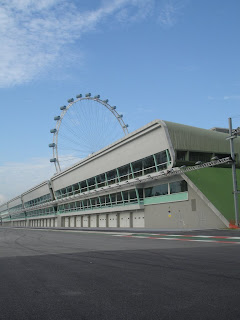 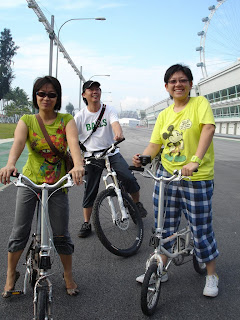 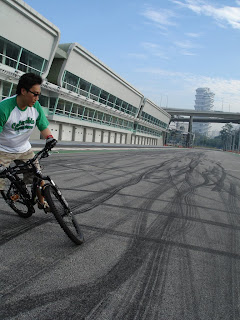 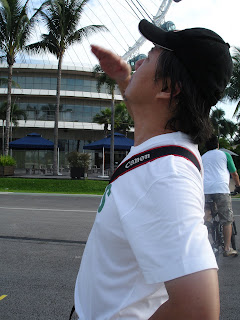 Then a short ride away, we saw the esplanade and the triple helix bridge.  I find that the super complicated design was totally not sympathetic with the environment. Have a look and tell me.. 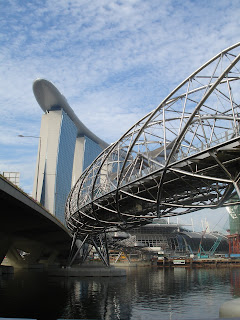 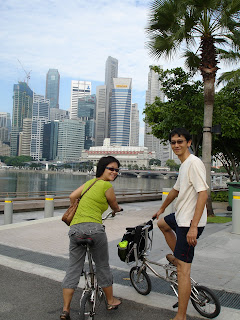 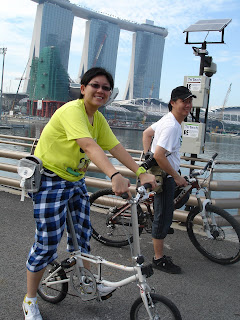 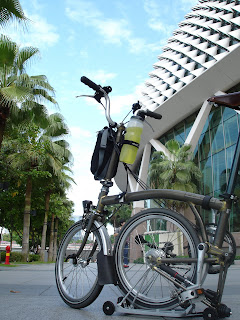 We also saw a group of children having a drawing session. ... some seems to be more busy with SMS, maybe waiting for the inspiration... Art takes time.. 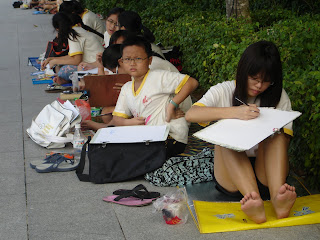 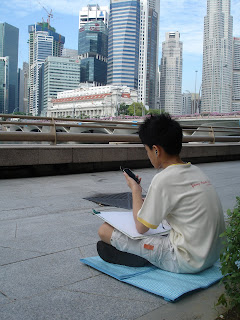 Then a shot of Raffles and group shot... at Singapore river.. 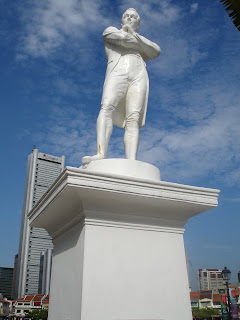 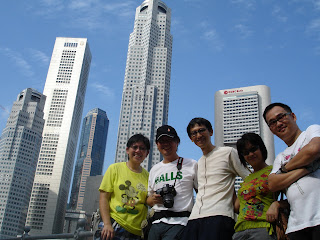 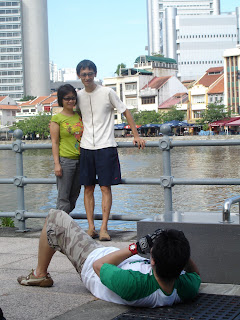 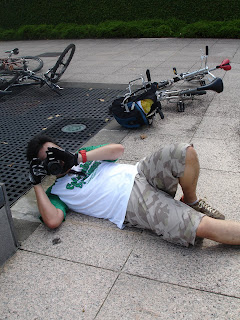 Rodney sacrificing for "art"... and nearly getting away with a nice metal clog.. 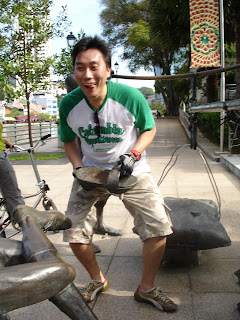 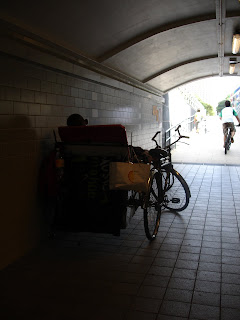 This is where we met the super grouchy trishaw guy... he shouted at Francis in some cantonese... I dun think it was good morning greeting. I guess he was still sleeping and maybe lost the football bet the nite before.. 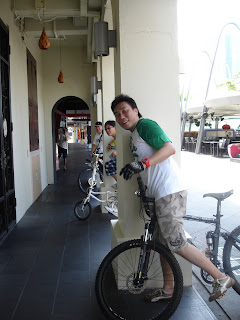 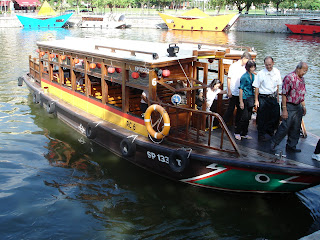 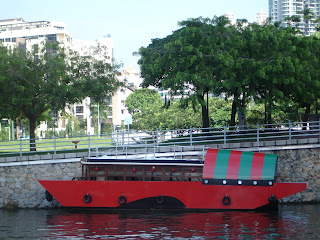 This boat is styled as an old style clog... 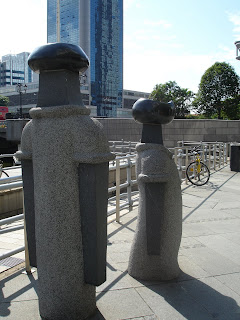 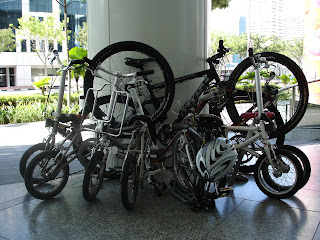 Parking at  Central Yakun... the waiter was abit taken back by our bikes.

In the cool air conditioned coffee place.. having coffee and kaya toast to end the day... 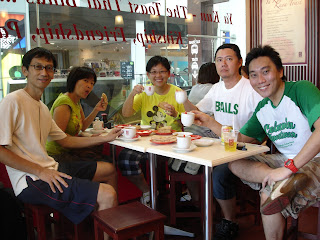 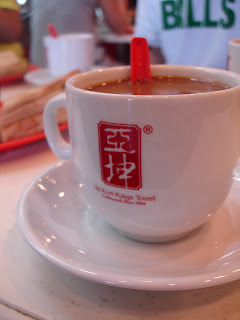 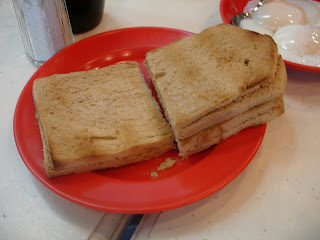