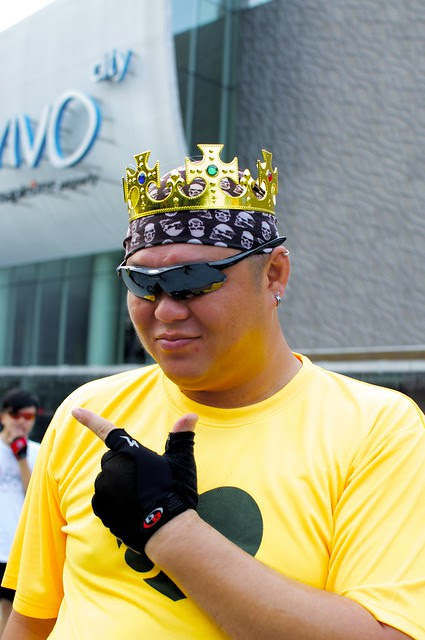 40 riders turned up for this event. Amazingly, George Lim who did the Army half marathon earlier morning, made it for the start too!  The meet point was at Front area of Vivo City and as usual a motley of MTB, foldies and roadies. 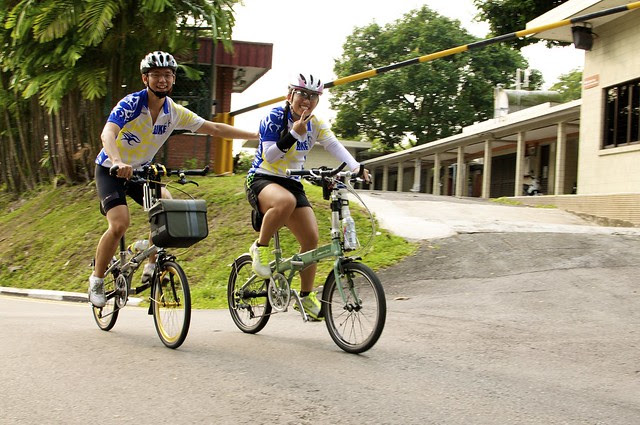 For this ride, we will go visit Mt Faber, Bukit Chandu, Kent ridge and NUS slopes, reach West coast road Mac donald's before repeating the slopes again. Wah... how wrong we were.... to know.. read on. 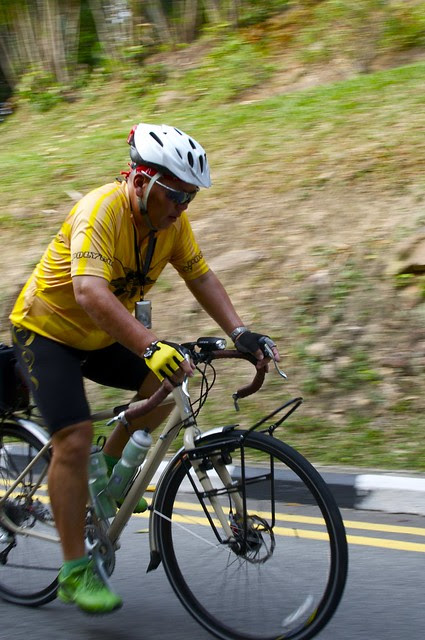 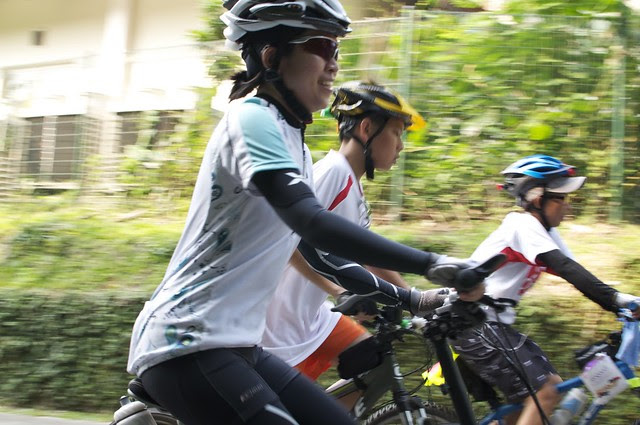 After the safety briefing and pack detailing, Team Panda led by Clarence and Vince moved off first, followed by Team Turtle.  We decided to spilt the pack so that the group is more manageable and not cause traffic jam at the narrow roads.We spin slowly to Labordor park and U turned towards the first hill, Mt Faber. The first section was gentle and most were alright. As we neared the mid levels, the slopes made cycling up abit tougher. Tough for some as they used 60teeth front chain ring. Grinding and zig zagging.. every one reached the Cable car station and had a good rest. Talking to Desmond who rode a tyrel equipped with 60 teeth.. he was smiling and shaking his head at the same time- "siong har" .... but shiok..
The downhill portion was fun and the wind blowing on the face was a nice reward for the climb. Bukit Chandu was very doable and provided some laughter as the folks made their way up. Many cheered as their friends cranked up slowly.. faces red with effort but smiling...with sweat dripping.  The next "friend" was the most challenging. Kent Ridge, Vilantate drive.  From South Buona Vista road, we turn into Vilantate drive. The slope simply stared down on us, no run way to getup to speed. We had to drop to our big rear and power up. When pedalling, I could hear the bikes creaking and metal to metal parts rubbing. Riders were now straining and maxing out. At the same time, our LCSG angels - KSL, eman, Kevin and Gwyn appeared from no where and started to cheer us. It was the boost needed to overcome the slope. Reaching the top of Kent ridge, our Angels had prepared a nice surprise of bannanas and H20.
What a nice gesture and a very timely one in a tough time.  Thank you my Angels!


As the descent from Vilantate drive was too steep for my liking,  we went down from Pepsys road which is  nice walk on the tree top broadway and we could see the nice green scenery while walking.  And we met Team Panda at Bukit Chandu. Clarence wanted to make it even more enjoyable for his crew... so included Telok Blangah hill as well :) ha ha... steady.
NUS was a blurr and most were visibly tired.. downslope towards Mac Donald, Many zoomed past me eager to have their well deserved Mac big breakfast. The chatter and laugher about our new "friends, Kent, and Faber" could be hear at every tables.  I had to do the unpleasant task of asking.. "eh how... one more loop?" And I was out voted 39 to 1.... Enough slopes for a day... ha ha.. I thought so.  Thank you all for the company and laughter on King of the slope ride. Maybe the next time we can complete the course!  Till the next time!  More photos here and here and here
Posted by Taiwoon at 10:13 AM