I am a motorist, ,motorcyclist and cyclist 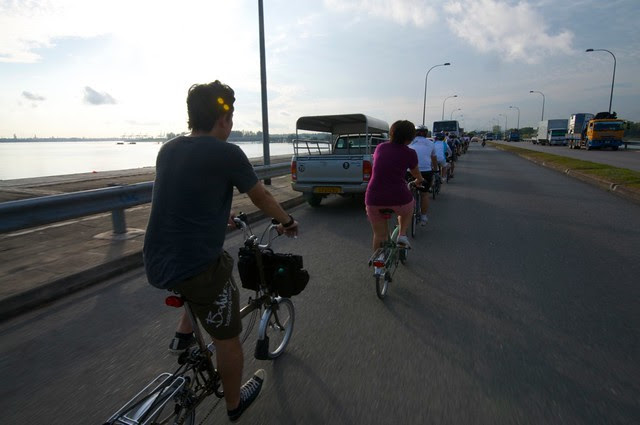 Darren W L Siow
"I am a motorist, a motorcyclist and a cyclist.
It seriously surprises and shocks me to hear some motorists/drivers use the tone of indignation (and sometimes, disgust) when they say "Cyclists shouldn't be allowed to cycle on the road; it's very dangerous!" These drivers believe that cyclists on the road make things dangerous for other road users; they believe that cyclists introduce danger to traffic.
I mean, come on, how do cyclists make the road conditions dangerous? Seriously.
If a vehicle so much as graze us, we cyclists will be injured; some of us end up dead. The driver of the vehicle will not be injured.
When we take up a portion of the left lane resulting in drivers having to change lanes to overtake us, it is because we are required by law to cycle on the road. The fact is that it is the same maneuver as needing to change lanes to overtake a slow-moving lorry or bus.
We do not bring more danger to the roads by cycling on it; drivers who are impatient, self-centered and indifferent to vulnerable road users make road conditions dangerous.
My bet is that these drivers wouldn't be impatient, self-centered nor indifferent if they knew that the cyclist on the road in front of them is their father, mother, brother, sister, son, daughter, friend or someone dear.
To all the drivers who feel that cyclists shouldn't be allowed on the road, my hope is that you will accept the fact that ALL cyclists are somebody's father, mother, brother, sister, son, daughter, friend or someone dear. Every single one of us."