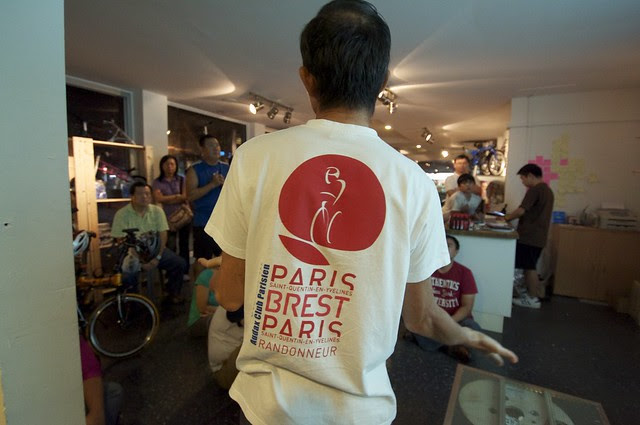 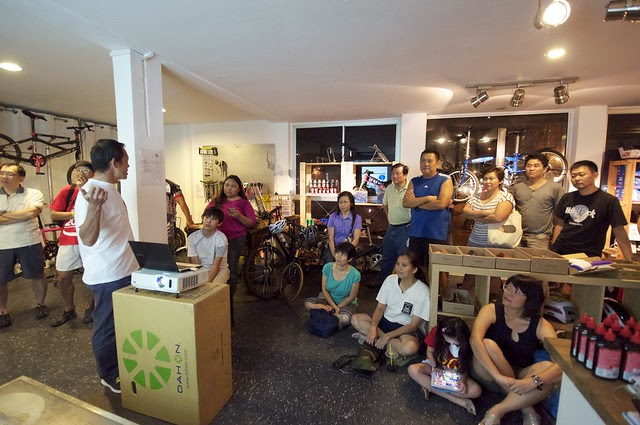 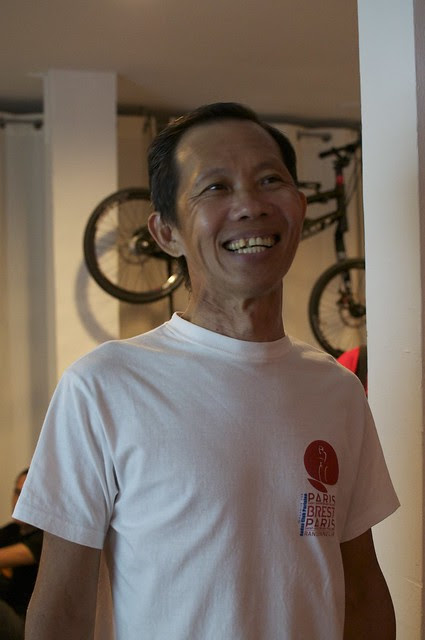 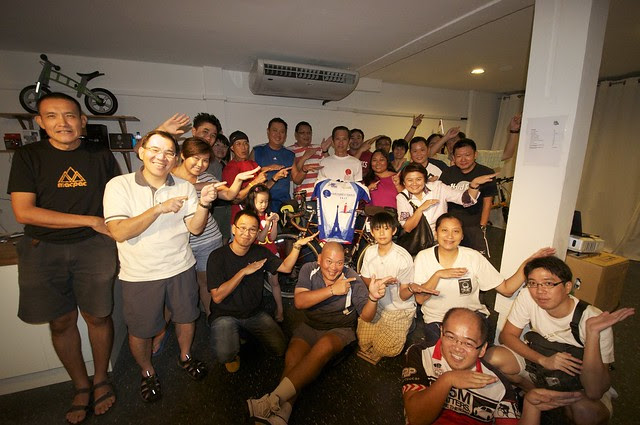 22 fellow cyclists came down to Lifecycle@ Punggol for Heng sharing session of the Paris-Breest- Paris ride (PBP in short) . Heng brought along his bicycle, jerseys and alot of memos on the ride. As the talk started, he explained how he was just like us 4 years ago. Riding foldies and zipping around Singapore. Then, 40 km is a big acomplishment... as it turns out, they began to ride further and further(sounds familar huh?) To malaysia, Penggarang, Desaru, Ipoh century and more.  Later onwards, he discovered Randonneuring and a group in Singapore doing it.
Learning about yourself, pushing beyond. Talking helps. Nuggets of real riding wisdom was shared freely. When asked why do it? Heng reply was " it is like asking a mountaineer, why go for mount Everest. Or Marathon runnner why do it? Because it is there...."  And he made pains to show that it is not just about cycling. This ride is a meeting of people. Different people with the same love - cycling... make that long range cycling.  Heng went into the details for preparing for the ride... and all over the shop... I could see the jaw drop... and Uncle KC salivating... It was awesome sharing and if u like to know more. Pls go to Heng's personal blog on his PBP account.
Rest of the event photos here
Lastly I want to thank Heng and Simon of Lifecycle for making this all possible for our lovecyclingsg team. Now should we be doing a loooonger ride? What say u?
Posted by Taiwoon at 8:13 AM